The art of making friends - An interview with Matt Hiller, LCSW

The art of making friends - An interview with Matt Hiller, LCSW 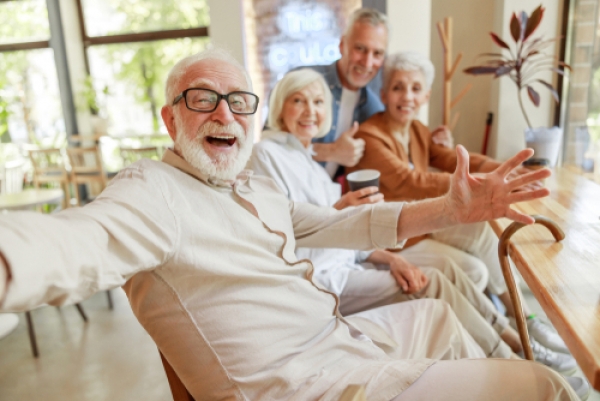 Matt Hiller, LCSW, is a therapist formerly with Wellington Counseling Group. His work has included therapy with adults, adolescents, children, and families.

Why has it become hard to develop friendships?

Matt Hiller: Working as a therapist with young adults, I often meet with people who have moved to Chicago and are struggling to make friends. I think this reflects a larger trend where people are relocating for work or school and feel disconnected from their older social networks. Another factor is that there are so many things that compete for people's time and attention. Long work hours, technology, and family responsibilities often reduce the time that people have available to make new connections.

Has the prospects of networking made it hard to develop genuine friendships?

Matt Hiller: In my work, I often encourage people who have trouble making friends to attend networking events. I think they can be great opportunities to practice social skills such as making introductions, active listening, and identifying shared goals and values. My only caveat is that it is also important to build connections outside of professional contexts. So, I might encourage someone to consider how they can use networking skills in settings such as faith communities or classes.

How are friendships defined in the 21st century?

Matt Hiller: In the past, individuals often established friendships with people from their immediate communities. But now, technology has completely changed the way that physical proximity affects relationships. For example, thanks to social media, a person often knows about the political views, dietary habits, and relationship status of elementary school friends that live across the country. I encourage people to remember that actual human interaction is often an important foundation for building lasting friendships. However, I also emphasize that technology is a great way to rekindle old connections or find people who have shared interests.

What traits do people look for in friends now?

Matt Hiller: I think that many of the traits that people look for in friends are universal: kindness, trust, common values, etc. However, whereas friendships in the past might have been more based on physical location, I think that shared interest is a more common foundation now. For example, many people do improv comedy in Chicago, and there are always social activities that individuals can participate in like shows and classes. Because sometimes it is hard to find the time to build deep friendships with people, it is often easier to focus on communities where people can first connect over a common activity.

How do you keep your actions from being misconstrued as flirting or trying to get something from them?

Matt Hiller: As a therapist, I often say that we cannot totally control how other people interpret our behavior. I would suggest that a good approach is to focus on respecting other people's boundaries and comfort. For example, I would encourage a person to be mindful about things like physical contact or romantically suggestive comments. Past that, honesty and trust is a foundation of any good friendship. As such, I think that it is best for a person to communicate clearly that they are just looking to be friends.

What are some things that you can do to form friendships regardless of social setting?

Matt Hiller: I think that the key to forming friendships in differing social settings is to value what makes you unique as a person and to have genuine curiosity about other people. If a person has low self-esteem, they might doubt that anyone would find them interesting, which can lead to withdrawal and isolation. And regardless of one's setting, a person can build all sorts of unexpected friendships if they take the time to listen and understand other people’s experiences.

Tweet
More in this category: « Relationship Endings and Behavioral Economics 8 Ways to Pull Yourself Out of a Funk »
back to top