Remote Mental Health Care In Your Time Of Need 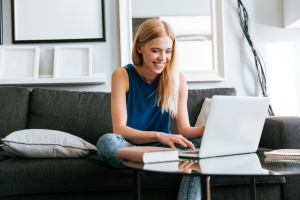 We will be closing our offices to in-person sessions for the coming weeks due to an abundance of caution surrounding the COVID-19 pandemic, and expect to be back with you in-person in April. Meanwhile, Wellington Counseling Group will, instead, deliver an offering of Telehealth programs and services to you for your ongoing care. This will include your regular schedule of therapy but conducted as virtual therapy via a virtual portal video-sessions with your therapist.

Your virtual sessions will be conducted via our HIPAA-compliant, cloud-based software platform that allows us to meet over the Internet using a camera- and microphone-enabled device, such as your laptop computer, tablet or mobile device. Please wait for specifics from your therapist in the meantime so that you can be prepared to begin your next session on-time and without unexpected technical complications. Please be patient if complications do arise, as working with any new technology often presents challenges that can usually be overcome with a few adjustments.

Through April 1st we will be providing these services to anyone, and all you need is a computer or device, a broadband internet connection or cellular data program; as stated before, your device must be equipped with a camera and microphone.

Online counseling, or “Teletherapy,” is a mode of psychotherapy that occurs when a professional counselor or psychotherapist talks with a client over the internet to give emotional support, mental health assessment, goal setting, and a treatment plan. This contact may consist of one question or be part of an ongoing conversation. Teletherapy is a viable alternative to therapy in person when medical complications or other circumstances limit one’s ability to see a therapist in person. It’s effective and it’s confidential. Skilled, licensed, qualified, and ethical professionals at Wellington Counseling Group will conduct your Teletherapy.

Thank you for your attention to this update. If you have any questions, please contact your therapist and be sure to confirm your next session date and time if you are wondering about it.

In the meantime, as Chicago businesses follow the protocols laid out by the CDC, you, too, can play a role in mitigating your exposure and the spread of Covid-19. It is more important now than ever to focus on the actions you can take to make sure you’re practicing good hygiene, including:

Again, let’s focus on the ways in which we can all manage good hygiene while taking the usual precautions you would take during cold and flu season. We appreciate that you may want to discuss any anxieties, fears, or concerns you may have. We feel that therapy is among the best places to do this, and our TeleHealth platform gives you the access you need.

If you have any further questions, please discuss with your therapist.

Published in Treatment For Adults
Tagged under
Be the first to comment!
Read more...
Tuesday, 04 February 2020 18:16 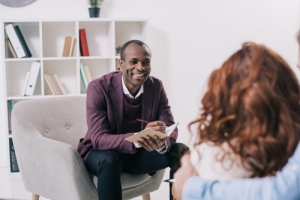 You Got a Problem With That? Therapy Can Work Your Issue, Not Just Treat “Pathology”

I overheard a conversation while I was standing in line to order coffee. Two women were talking about work, and one mentioned she was considering a total career change but was struggling with the idea of making such a bold move.

“But I can’t make up my mind,” she said. “Maybe I should see a therapist about it, or is that stupid?”

“It’s not stupid at all,” I chimed in and apologized for eavesdropping. (Therapists aren’t always “analyzing you,” but we’re somehow always listening!). I quickly disclosed that I was a therapist—a psychologist, to be exact—and that my experience has been that such a work-related quandary is often processed within counseling, even when that’s not the reason the client came to me originally.

This anecdote is offered to suggest that therapy is used as an effective outlet for addressing everyday issues and general “stuckness,” not just for treating diagnosable “pathology,” and that it’s okay to work with a therapist on this “Life” stuff. One of the goals of therapy is personal growth and development, and when people come to therapy with an issue, they seek to:

Therapy exists to help people sort out issues, overcome or manage deeper pathology, or both things.

Approximately 44 million adults in the U.S. experience mental illness in a given year, and 1-5 youths (ages 13-18) experience a severe mental disorder at some point in early life. The most common diagnoses are: depression, general anxiety, panic disorder, and responses to trauma (e.g. PTSD), along with their numerous subsets and variants. Many of these are also seen together and in myriad constellations.

As we’ve discussed in a previous article, the first steps on the path to treatment are receiving an accurate diagnosis and finding the right therapist. There is a range of therapeutic treatments out there--including psychodynamic psychotherapy, cognitive behavioral therapy, and dialectical behavioral therapy, to name just a few styles--and you and your therapist will determine the right fit. Ultimately, patients and therapists work toward the same goal: to reduce or eliminate the symptoms and get to the bottom of their origin. When panic episodes, for example, are disrupting the quality of your life, our role as therapists is to help you gain control of that panic so your world stops narrowing, and to understand what may underlie the panic, too. When major depressive disorder is causing you to disengage with your friends and loved ones, we implement strategies to reconnect.

Sometimes pathology requires a combination of medication management and therapy. In either case, buckle up, because the course of treatment can be protracted through months or years. Real change takes time!

Identifying and Working The Issues

Issues, so to speak, unlike the pathology described above, don't even require formal diagnosis in order to find solutions and to get you on the path of resolution. Often, these issues present as someone exploring an unrealized potential. They tend to be ambiguous and amorphous because they are closely linked to self-improvement. Therefore, goal setting becomes more dynamic from session to session. But to be clear, issues are significant and can be processed and solved in a therapy setting. Among the most common issues to work are Relationship and Career...

Relationship issues run the gamut and vary in size and scope. I work with couples, often younger ones, who’ve arrived at transition points in their lives together. They may be interested in starting a family or having more children, and they utilize therapy to identify and resolve their blocks or clashes around these choices. There are no red flags like lack of affection or infidelity, nor are there visible “symptoms,” disorders, or even dissatisfaction, for that matter. These are just two people wanting a set of ears to help them out of being stuck or stalled.

A popular cohort of mine are men at midlife who’ve reached a point of boredom, dissatisfaction, or lack of stimulation in their current career. It’s not surprising, considering half of Baby Boomers and Generation X employees feel disengaged at work while one out of five is actively disengaged. The latter group complain of more stress and physical pain, have higher blood concentration of the stress hormone cortisol, and high blood pressure, and they are also twice as likely to be diagnosed with depression or to call in sick. They are wrestling with the risks and rewards of making a shift to something else, sometimes at the risk of financial peril. Early intervention, however, is critical to get in front of an issue that eventually devolves into full-on pathology, later.

Pathology and Issues are Often Intertwined

It’s important to note that the reasons for engaging with a therapist aren’t either/or. It can be a mixed bag in that pathology and issues are fellow travelers. We routinely discover that the issues in your life are begotten from pathologies and vice versa. For example, when we’re treating the depression as a primary complaint (i.e., the reason someone made the appointment), we soon learn one of the main stressors is the dissatisfaction or disillusionment in which someone feels trapped. Therefore, creating some solutions to those issues together helps the symptoms of depression and other clinical pathologies abate.

Therapy is for everyone, whether you’re suffering from a diagnosable disorder or just need to solve an issue that is interfering with your personal development and satisfaction. Certainly don’t discount the weight of an issue and do empower yourself by engaging with a therapist to clear a path for your growth.

Published in Treatment For Adults
Tagged under
Be the first to comment!
Read more...