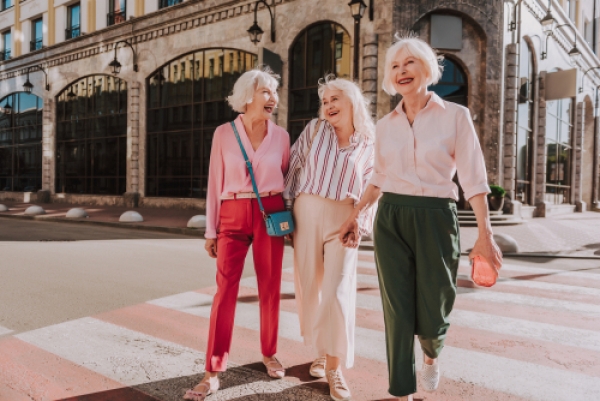 I am a relatively calm person, not generally prone to panic. However, as a baby boomer, when I was told I would periodically need to post to Facebook, blog, and perform other such unnatural acts, my reaction (and that of many others in my generation) was pure, unadulterated dread. I have adapted to many new things in this fast-paced, exponentially-changing world. Social media has not been one of them. That does not mean that I do not understand the marketing benefit provided by the extensive reach of social-media platforms. But like many of my generation, I prefer individual, personal interaction and to share my life on a more-limited basis.

This is not a criticism of others who are comfortable in the social-media space. However, I personally avoid things that I consider time-eaters, which includes social networks. I admit being slow to pick up on the technology which I find counterintuitive.

As one who manages time as a precious commodity, I want to spend it doing other things. I crave reading books, love doing work as a psychotherapist, advocate for and teach about environmental issues, exercise, visit my children and grandchildren, and travel with my husband.

For reasons described above, I found trying so hard to keep up with all areas of technology robbed me of the time I wanted to spend doing other things about which I care deeply. I often see this tension in patients – of all ages – as well, but I try to be respectful of generational differences.

I am thankful for the neuroplasticity of the brain that has allowed me to engage in technology to the extent I have, but I also recognize and accept my limits. Thus, I have made a very conscious choice not to torture myself by trying to master areas of technology that are counter to the way my brain has understood things for decades when the struggle goes beyond reasonable limits. And I have found that many others in my generation have reached the same conclusion.

New York Times columnist Tom Friedman's new book, Thank You for Being Late (2016), has helped me understand my reaction to the overwhelming flood unleashed by social media. I have always had great regard for Friedman’s thinking and writing. While reading this book, I was riveted by his graphs analyzing the curve extending sharply upwards of technological growth on one axis and human adaptability on the other, no curve but a flat line with only a slight upwards slant.

According to Friedman, this is the first time in history that the exponential rate of change far exceeds people's ability to adapt. In the past, people often had up to a century to adapt to major inventions such as the steam engine and the automobile until the next one came along. Now, looking at all the technological change that has occurred just since 2007, we often have less than a year to adjust to these monumental new life-altering inventions and concepts.

When I saw Friedman's adaptability/technology curves, I felt a huge sense of validation. Despite my ability to adapt to change in the past, there was a reason I finally reached my limit and was screaming "no more” – or at least “not so fast!"

This means I have to choose where to adapt technologically. And, like many others in my generation, social media will not be one of those choices. That’s why the title of this essay – dare I call it a blog? – asks for compassion for my generation. So many boomers face ridicule from their children or co/workers when they are not adept at dealing with new, ever-changing technologies. Clearly, the brains of young people, who are introduced to computers and smartphones practically from birth, are wired differently. Meanwhile, boomers have lived five, six, seven decades without having to engage the world this way. Cut us some slack! Be compassionate – and helpful. We will gladly exchange some of our hard-earned wisdom for your patience with our “fat thumbs.” And please do not discount that wisdom. We boomers may not always be tech-savvy, but we know how to find answers by asking the right questions. Remember that the next time you initiate an online search and come up empty.

I end with a quote from Friedman's book that, much to my delight, lays out the feelings I have tried to express here.

"Finally, philosophically speaking, I have been struck by how many of the best solutions for helping people build resilience and propulsion in this age of accelerations are things you cannot download, but have to upload the old-fashioned way – one human to another human at a time."

Tweet
More in this category: « Trauma is an Experience, not an Event Relationship Endings and Behavioral Economics »
back to top