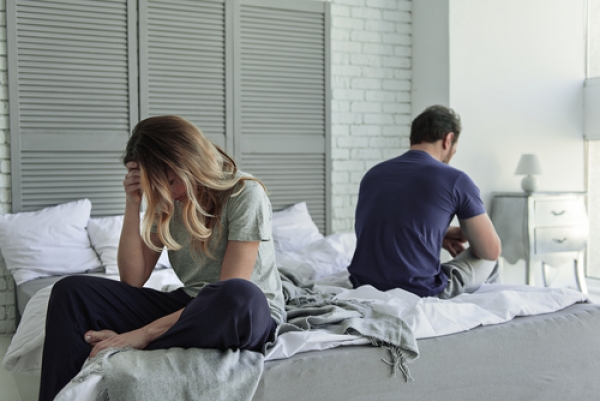 Santiago Delboy, LCSW, is a Chicago-based psychotherapist formerly with Wellington Counseling Group. His work has included therapy with individual adults and couples.

A long time ago I became interested in the intersection of economics and psychology. A few years later, I was delighted to hear that the 2002 Nobel Prize of Economics was awarded to a psychologist, Daniel Kahneman. He is one of the founders of Behavioral Economics, which studies the ways consumers make biased or "irrational" decisions, and one of the developers of Prospect Theory.

What is Prospect Theory?

Prospect theory suggests a few things about how people deal with the risk inherent to uncertain situations:

After reflecting on the relationship conundrums of some of my clients, I started thinking about how prospect theory could be helpful to understand why it is sometimes difficult to end a relationship that is making us unhappy.

Ending a relationship can be perceived as risky or uncertain, particularly when it has been going on for a long time. According to the principle of loss aversion, deciding to end a relationship would be difficult because the fear of perceived losses (e.g., changing the status quo, emotional or financial difficulties, esteem from others) can outweigh the potential gains of ending a relationship (e.g., peace of mind, empowerment, independence).

In other words, people would be more willing to take their chances and stay in a relationship that is not working -in order to avoid any perceived losses-, than to run the risk of ending it, even if they can see how that would be beneficial. Fear becomes more powerful than possibility.

It can get more difficult with time

In addition, the endowment effect suggests that the value we place in our relationships may depend more on how much we feel we have invested in it (emotionally, time-wise, financially, etc), than on the qualities of the relationship per se (e.g., are our needs met? do we feel nurtured and cared for?). This is a phenomenon economists call the "sunk cost fallacy," whereby people overemphasize the weight of their previous decisions - think of a company that keeps pouring money into an idea that is clearly not working, just because they already invested a lot on it. The investment already made is a "sunk cost" and could not be recovered anyway.

When we hear people talking about their difficulties ending a relationship with arguments like "we have gone through so much together" or "we have been together for so long", we might be witnessing the endowment effect and sunk cost fallacy in action. This can be particularly true in relationships where shared experiences and meaning have not been able to create and sustain emotional closeness and vulnerability.

It depends on where you are coming from

Whatever constitutes a gain or a loss, and our willingness to take our chances in the face of uncertainty, is a function of our reference point. When it comes to relationships, I understand this point to be defined by whether we feel we are in a place of scarcity or abundance.

In the experiment described above, the group who did not keep the mug was, in a way, in a place of scarcity; as a result, they did not value the mug that highly. In relationships, being in a place of scarcity might be experienced as having doubts about our own self-worth, and feel that others are potential threats to our well-being. In this case, it is harder to value the potential benefits of ending an unhealthy relationship, so the decision becomes more difficult. Moreover, people in this situation sometimes appear to be fighting to keep their relationships, scrambling for reasons to stay in it, even if it is dissatisfying, unhealthy or destructive.

On the other hand, being in a place of abundance might imply embracing acceptance and gratitude, and being aware of our doubts but secure in our sense of worth. Even if a relationship is going through difficult times and the end is imminent, the fear of potential losses may have a lower impact relative to the potential "gains" of moving on. This doesn't make the decision easy by any means, but people in this situation might appreciate that there can be growth beyond the relationship, and understand that ending doesn't mean failing.

What can be done?

The phenomena described by prospect theory are neither good nor bad, they just are. The question is not how to eliminate these biases, but what can we do to deal with them. Three things come to mind:

Doing these things can be daunting, in particular when we are dealing with the stress of a relationship that might not be working, and many times we are too close to see them. The good news is that we don't need to do this alone.

Prospect theory is mostly based on understanding cognitive biases. The role of emotions and affect is not emphasized, and treated mostly as a source of distortion. However, when it comes to interpersonal or romantic relationships, conscious and unconscious affect is intertwined with our thoughts (rational or not) and behaviors. Hence, prospect theory alone can definitely not capture the complexity of relationships, but it can provide a lens to understand their challenges.

Tweet
More in this category: « Generation Compassion The art of making friends - An interview with Matt Hiller, LCSW »
back to top